First, though, a few comments about what a false positive result actually is.  Pregnancy tests are designed to detect hCG;the hormone produced by the placenta during pregnancy.  If the hormone is truly present in the urine and the test detects it, then that result is a true positive result.  In other words: hCG present = true positive test result.  However, because hCG is usually only produced during pregnancy,many people consider a positive result to mean that a woman is pregnant.  There's a big difference between those two meanings!  To summarize:

With that in mind, let's explore the causes of false positive urine pregnancy test results.

This is impressive!  A study reported yesterday in the British Medical Journal describes a new blood test that could vastly decrease the number of invasive procedures that are currently used to confirm if a fetus has Down syndrome.

Current blood tests used for Down syndrome screening can identify up to 90-95% of Down syndrome pregnancies but about 5% of normal fetuses are incorrectly identified as having Down syndrome.  That means that lots of women have follow-up tests, like amniocentesis, to definitively determine if their baby is affected.  That's a problem because amniocentesis is an invasive procedure that can lead to the loss of the pregnancy.  Current estimates put the risk of fetal loss due to amniocentesis at about 1 out of 300. 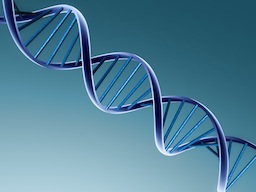 The study used blood collected from 753 women who were at high-risk of having a baby with Down syndrome.  86 of these pregnancies were carrying a fetus with Down syndrome and the test was able to correctly identify 100% of them.  While that alone is impressive, even more exciting is that only 2.1% of the unaffected fetuses were incorrectly identified as having Down syndrome.  Stated another way, in 98% of the cases Down syndrome could be ruled-out sparing the need for invasive follow-up testing.  Like some of the existing blood tests used to screen for Down syndrome, this new test can be performed in the first trimester of pregnancy.

Although the test is not yet available, there is a company that is working on making it available soon. 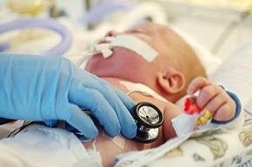 It makes sense to kick off this blog with some information about pregnancy tests.  Whether you do a home pregnancy test or have one performed in a healthcare setting they all test for the same hormone: human chorionic gonadotropin; more commonly referred to as hCG.

The tests that can be done at home are only performed on urine samples.  hCG tests done in healthcare settings may use urine or blood samples.  hCG tests performed on urine simply look for the presence or absence of hCG and give a positive (hCG is present) or negative (hCG is absent) result.  Tests done on blood provide a measurement of the amount of hCG present in the blood.  This type of test is most often done in clinical laboratories.

Many people ask: "How soon in pregnancy will a pregnancy test give a positive result?"  While it's a straightforward question, the answer is surprisingly difficult to determine.  That's because it's difficult to know with certainty precisely when fertilization of the egg occurs and when it gets implanted in the uterus.  hCG is produced after implantation, after which it takes some time for enough hCG to be produced to become detectable in the blood and urine.  Few people would argue that, in most women, a blood test gives a positive result somewhere between 9 and 11 days after fertilization (or about 1 to 3 days before the day of the expected period) and a urine test gives a positive result 1 to 2 days later. 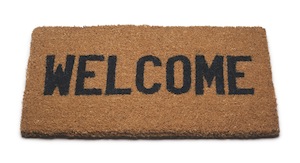 We probably won't be posting something new every day but we do plan on adding content at least weekly.  We'll also be inviting colleagues to post occasionally as well so do expect well-rounded discourse.

Feel free to add your comments and questions.  We look forward to learning with you!