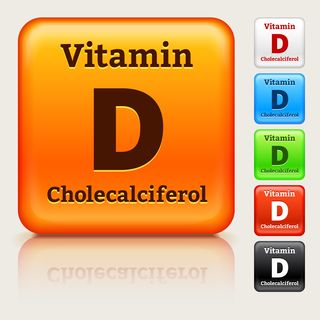 In the last several years, there have been a lot of articles in both the popular press and the scientific literature about Vitamin D. There are studies that report that low concentrations of vitamin D are associated with everything from cancer to multiple sclerosis and asthma to  cardiovascular disease. There has been a lot of debate about what to conclude from these studies. Whole books could be written about this, but just to summarize, some of the controversial issues include:

What about vitamin D during pregnancy? There have been many, many, studies examining the role of vitamin D in pregnancy.  Observational studies have suggested that lower vitamin D intake is associated with preeclampsia and gestational diabetes or higher blood glucose, as well as adverse fertility parameters and bacterial vaginosis. These are covered in a 2012 systematic review.  Vitamin D status has also been examined in recurrent pre-term birth but in a recent 2012 study, the authors concluded that vitamin D status at mid-pregnancy was not associated with recurrent pre-term birth.

Two studies have already come out this year which really only confuse the picture.  In January 2013 Gernand, et al published a study in which they had measured vitamin D in 2,146 serum samples that had been collected from 1959 to 1965. The serum was collected at gestational age of 26 weeks or less from women who delivered singleton, live birth infants.  They reported that higher vitamin D concentrations correlated with higher infant birth weight and larger infant head circumference.  They conclude that randomized controlled trials are needed to test if maternal vitamin D supplementation can improve fetal growth.

This study might make you think supplementation during pregnancy should be started right away. However, in another study published in January 2013, Weisse, et al published a paper  that examined vitamin D concentrations in 378 mothers (collected at 34 weeks gestation) and cord blood (collected at delivery).  They found that the vitamin D in maternal and cord blood was highly correlated with each other and both showed a seasonal variation. They also reported that higher vitamin D concentrations in maternal blood (and cord blood) were positively associated with the child's risk of food allergies within the first 2 years of life. In other words higher vitamin D was associated with higher risk for allergy. They conclude that their study argues against vitamin D supplementation during pregnancy to protect the infant against allergy.

In summary, the studies on vitamin D in pregnant women are not much different than those in non-pregnant women: That is, there are many associative studies, but further interventional outcome based studies are needed. In the mean time, pregnant women should eat a balanced diet and take the prenatal vitamins their physicians recommend.