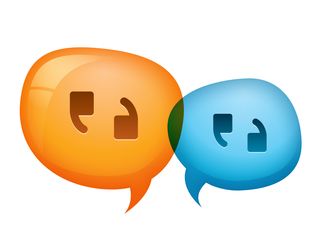 I have just returned from the annual meeting of the AACC where I attended a very interesting debate on the diagnosis of gestational diabetes mellitus (GDM). I've written about the current controversy in diagnosing GDM before and you can read about those here and here. Basically, the controversy boils down to one issue: should recently recommended criteria for identifying pregnant women with GDM be globally implemented or not?

Arguing for that position was Dr. Donald Coustan from Brown University and regional principal investigator for North America of the Hyperglycemia and Adverse Pregnancy Outcomes (HAPO) study. He correctly pointed out that lack of a universal testing strategy when screening for GDM makes it impossible to compare clinical studies on GDM. He reviewed how the new IADPSG glucose cutoffs came into being (they were based on risk of adverse infant outcomes) that he advocates referring to as the ADA criteria because the ADA is recommending the use of the new testing method.

Arguing against the use of the ADA criteria was Dr. Sean Blackwell from the University of Texas Health Science Center at Houston, TX. He agreed with several of Dr. Coustan points. Among them that:

He had two major problems with use of the new ADA criteria. The first was that its use would double the number of women diagnosed with GDM (from about 7% to 16%). The second was that the HAPO study was an observational study, not a treatment trial and, as such, there is no evidence that treating these additional women for GDM is effective or safe.

Dr. Coustan argued that the increase in the number of GDM diagnoses is not surprising given that, in the US, 31% of adult US women have either diabetes or pre-diabetes. He also argued that the Australian Carbohydrate Intolerance Study of Pregnant Women (ACHOIS) study demonstrated that treatment of women with mild GDM reduced adverse outcomes such as large for gestational age newborns, macrosomia, and preeclampsia.

Dr. Blackwell pointed out that most of the additional 10% of women that would be diagnosed with GDM under the ADA criteria would, by definition, have "milder" GDM and would only require nutritional modification and glucose monitoring rather than drugs to control their GDM. These women would have glucose control similar to those of obese women without diabetes. Further, he added that several studies in obese women without diabetes have failed to demonstrate that nutritional interventions have any impact on any infant health outcome.

The moderator of this debate was my co-blogger, Ann Gronowski. Prior to its start, she polled the audience of (mostly) laboratorians to see which testing strategy they currently offered at their institutions. Most indicated they offered the current ACOG criteria (advocated by Dr. Blackwell). At the end of the debate, the audience was asked if they would support switching to the new, ADA criteria. The majority response was "yes." Dr. Coustan argued his points effectively.

It's my belief that the evidence, while not complete, is strong enough to support widespread adoption of the ADA criteria when screening for and diagnosing GDM.

In May I wrote about recommendations made by the International Association of Diabetes in Pregnancy Study Groups (IADPSG) for glucose tolerance testing in pregnancy.  Those recommendations advocate for the use of a 75-gram oral glucose tolerance test to detect gestational diabetes mellitus (GDM) in pregnant women between 24 and 28 weeks gestation and were based on findings of the Hyperglycemia and Adverse Outcomes (HAPO) study.  That study clearly demonstrated that the risks of adverse maternal and fetal outcomes continually increased as maternal glucose concentrations increased.  The American Diabetes Association adopted the IAPDSG criteria and recommends that approach to identifying women with GDM.

In the September 2011 issue of Obstetrics and Gynecology, the American Congress of Obstetricians and Gynecologists (ACOG) opt to stick to their guns.  The ACOG continues to recommend the "two-step" approach to screen and diagnose GDM.  Step one is a screening test using either patient history, clinical risk factors, or with a 50 gram glucose administered orally followed by the measurement of blood glucose 1 hour later (a result greater than 140 mg/dL is considered abnormal).  Those with an abnormal screening test go on to have the diagnostic test: a 100 gram oral glucose tolerance test with blood glucose measured over 3 hours.

The ACOG rightfully acknowledges that while the treatment of mild GDM decreases adverse infant outcomes there is no evidence to indicate that use of the IADPSG recommendations would result in any significant improvements in outcomes.  Of course, lack of evidence doesn't mean that there is no benefit, it simply means that any benefits have not yet been demonstrated.  The fact that widespread adoption of the IADPSG screening test would double the number of women diagnosed with GDM was also noted by the ACOG.  This increase is notable because it would lead to a considerable increase in health care costs and likely overwhelm health care delivery systems.

In contrast to the ACOG, the National Academy of Clinical Biochemistry (NACB) have published guidelines that recommend the approach advocated by the IADPSG.  Confused yet?  Disagreement among professional groups is not unusual and consensus is not easy to come by.  As usual, a lot more research is required before widespread agreement is achieved.

When it comes to screening for gestational diabetes, you can’t have your jelly beans and eat them, too 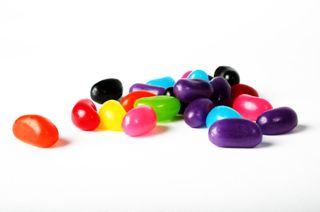 in screening for gestational diabetes mellitus (GDM). Other than being only vaguely familiar with the notion, I have to admit I didn’t know much.

Screening for GDM is fairly straightforward and is performed between 24 and 28 weeks of gestation. The non-fasting pregnant patient drinks 150 milliliters (about 5 ounces) of a solution containing 50 grams of glucose. One hour later a blood sample is collected and blood glucose measured. If the result is greater than or equal to 140 mg/dL the screening test is considered positive and a formal oral glucose tolerance test (OGTT) is performed. Women with a positive OGTT test are diagnosed as having GDM.

So how do jelly beans fit into all of this? Well the glucose solution that has to be consumed is sickly sweet tasting and many women find it difficult to drink. Many complain about side effects and 15 to 20 percent have nausea and vomiting (which requires re-scheduling of the test). Jelly beans offer an attractive solution to delivering a glucose load into the stomachs of moms-to-be. They are easy and fun to eat (candy at the doctor’s office!) and women report fewer unpleasant side effects when eating them compared to the glucose drink. As a bonus, their use in health care delivery systems portrays a “patient friendly” attitude (and who doesn’t want a happy patient?). Sounds like a win-win situation, right? Maybe not.

A study of 136 women compared screening for GDM with the glucose drink and jelly beans. Regardless of the results, all of them also had the diagnostic OGTT performed. The jelly beans they used were Brach's No. 110 Jelly Beans made from sugar, corn syrup, modified cornstarch, and glucose. Based on an analysis performed by Brach, it was determined that 28 jelly beans provided 50 grams of glucose.

Of those 136 women, 5 of them were diagnosed with GDM based on the results of the OGTT. Screening with the glucose drink identified 80 percent (4/5) of those with GDM and screening with jelly beans identified only 2 of them (40 percent). The diagnostic specificity (the percentage of truly negative results) was similar for both tests at approximately 85 percent.

Tests that screen for a disorder like GDM should be able to detect a high percentage of women with the disease. The use of jelly beans failed to detect more than half of the women with GDM. The authors of the paper recognized that limitation and commented that if other studies found low detection rates the use of jelly beans in a GDM screening test would prevent their use for that purpose. I searched the medical literature using the terms “jelly beans” and “jellybeans” and was unable to identify any similar studies.

When it comes to glucose challenge tests to screen for GDM, I’d lock up the jelly beans and refuse any requests to use them or any other substitute for a 50 g glucose solution. 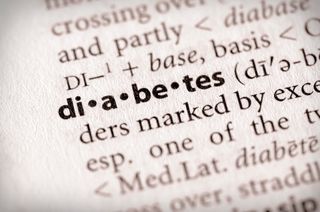 At first glance, screening pregnant women for gestational diabetes mellitus (GDM) seems like it should be straightforward.  After all, the tests are designed to identify pregnant woman with high concentrations of glucose (sugar) in their blood and laboratory tests that measure glucose are accurate and precise.  So what’s the problem?

For one, experts don’t agree on how best to screen pregnant women for GDM.  While nearly everyone agrees that both mom and baby can have adverse outcomes if GDM goes undetected and untreated, there is lack of consensus on the best way of identifying GDM.

The test used to diagnose GDM is the oral glucose tolerance test (OGTT).  The OGTT requires women to be fasting and then drink either a 75- or a 100-gram dose of glucose.  Blood samples are collected every hour for 2 or 3 hours if using the 75- or 100-gram dose, respectively.  The test is considered positive, and GDM confirmed, if 2 or more of the glucose results are above designated cutoffs (which differ depending upon the glucose dose given).

The International Association of Diabetes in Pregnancy Study Groups (IADPSG) has made recommendations for glucose tolerance testing in pregnancy based on the results of the Hyperglycemia and Adverse Outcomes (HAPO) study.  That study clearly demonstrated that the risks of adverse maternal and fetal outcomes continually increase as maternal glucose concentrations increased.  Importantly, the relationship between glucose concentration and risks were continuous.  That is, there were no obvious glucose cutoffs above which risks increased.  The new recommendations from the IADPSG address this issue.

The IADPSG advocates for the use of the 75-gram OGTT in pregnant women between 24 and 28 weeks gestation.  The test is performed following an overnight fast of at least 8 hours and blood is collected at 1 and 2 hours after the glucose load.  A diagnosis of GDM is made when any of the following glucose results are met:

A couple of questions are called for here:

Although the American Diabetes Association adopted the IAPDSG criteria and recommends that approach to identifying women with GDM, it does recognize that there is the potential for harm.  For example, more interventions such as earlier delivery and increased C-section rates are likely to occur due to the increase in the prevalence of GDM.  Also, an increased number of women being diagnosed with GDM will be accompanied by a rise in health care costs.  Despite those considerations, the ADA supports the new criteria in light of the increased rates of obesity and diabetes throughout the US and the world.