This post was written by Robert D. Nerenz, PhD, an assistant professor of pathology and laboratory medicine at the University of Kentucky, in Lexington.

In the United States, an estimated one in seven couples experience infertility and for many of these couples, in vitro fertilization (IVF) represents their best chance of achieving pregnancy. However, IVF cycles constitute a significant expense (approximately $12,500 per cycle), disrupt patients’ daily lives and only result in a healthy, live birth 30% of the time! Furthermore, the majority of IVF cycles performed in the United States involve the transfer of multiple embryos. This is of particular concern because multiple embryo transfer carries a finite risk of a multiple gestation pregnancy. Bringing multiple infants to term is associated with an increased risk of poor fetal and maternal outcomes including decreased birth weight, increased rate of fetal death, preeclampsia, gestational diabetes and preterm labor. Clearly, there is a significant need to improve IVF success rates while also minimizing the likelihood of multiple gestation pregnancies.

One strategy that may accomplish both of these goals is to perform “single embryo transfer” by implanting one embryo that has a high likelihood of producing pregnancy and, ultimately, a live birth. This is the focus of an upcoming symposium at the AACC meeting to be held July 29th at 10:30 am in Atlanta, Georgia. Fertility clinics around the world currently attempt to do this by observing embryos under a microscope and choosing the best embryo on the basis of its physical appearance. Unfortunately, this approach does not provide any information about the embryo’s genetic status. This is an important limitation because aneuploidy (the gain or loss of a chromosome) is the most common cause of pregnancy loss. It is also estimated to occur in ≥10% of clinical pregnancies and becomes more frequent with increasing maternal age.

To ensure that aneuploid embryos are not selected for transfer, several research groups have developed methods collectively known as comprehensive chromosome screening (CCS). CCS involves culturing embryos for 5-6 days, removing a few cells from the trophectoderm (the outer cell layer that develops into the placenta), isolating the DNA from those cells and assessing the copy number of each chromosome using techniques such as quantitative PCR, comparative genomic hybridization, or single nucleotide polymorphism arrays. Following determination of the embryos’ genetic status, only embryos with the normal number of chromosomes are chosen for transfer. In multiple prospective, randomized controlled trials described here and here, CCS has been shown to increase the pregnancy rate and decrease the frequency of multiple gestation pregnancies. As a result, CCS is beginning to make the transition from the research setting to use with patients.

The ability to transfer only euploid embryos represents the most promising application of novel technologies to IVF but ongoing research is focused on other ways to improve the IVF success rate. Many different groups are analyzing the culture medium that embryos are grown in prior to implantation. It is hoped that this will provide information about the embryos’ metabolic health and might help identify which embryos are most likely to result in pregnancy and live birth. Other groups are evaluating endometrial gene expression profiles to assess endometrial receptivity and ultimately determine the best time to perform embryo transfer. While both of these approaches have technical limitations and are not quite ready for primetime, they have the potential to greatly improve our current standard of care and may be ready for clinical use in the near future.

Today's post is by a guest author, Joshua Cook, M.D.  Dr. Cook is a pathology resident at the University of Utah.

Fetal cells, largely of placental origin, circulate freely in the mother’s bloodstream during gestation.  In some cases fetal cells are detectible in maternal blood for years post delivery.  Cell free fetal DNA (cffDNA) is also present in the peripheral blood of pregnant women, though it disappears rapidly at delivery.  cffDNA appears early in the first trimester and tends to increase in concentration as gestation progresses.  A number of studies over the last decade have shown this naked fetal DNA provides a noninvasive method for rendering prenatal diagnoses without risk to the fetus or mother.

Consider hemolytic disease of the newborn (HDN).  About 10% of pregnancies in Caucasian 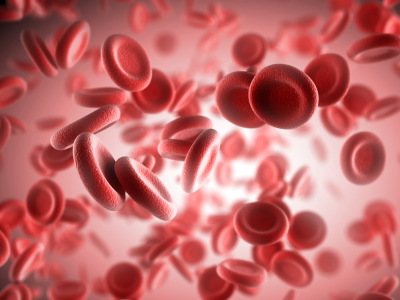 populations involve a rhesus Rh(D)- negative mother carrying an Rh(D)-positive fetus.  Such a mother is at risk of becoming sensitized, or isoimmunized, to Rh(D)-positive red blood cells following exposure to fetal blood.

Small physiologic fetal-maternal hemorrhages commonly occur at delivery or during miscarriage.  Exposure of the mother’s immune system to fetal red blood cells may result in the generation of maternal antibodies to fetal antigens (sensitization or isoimmunization).  These antibodies may then cross the placenta in subsequent pregnancies and harm a future baby.  In pregnancies with Rh(D) incompatibility [Rh(D)-negative mom with Rh(D)-positive fetus] the mother has historically had about a 10% risk of becoming sensitized.

Knowledge of the fetal RHD genotype in Rh(D) negative women greatly simplifies antenatal management.  Modern medical practice requires that immunoprophylaxis (anti-D IgG immunoglobulin; aka RhoGAM) routinely be given to all non-sensitized RhD-negative woman in pregnancy to prevent isoimmunization.  This had led to a dramatic decrease in HDN since the 1960’s.  When administered, the anti-Rh(D) antibodies circulate in the mother’s bloodstream and prevent her immune system from reacting to Rh(D)-positive fetal blood.  The standard of care is to provide anti-Rh(D) administration at 26 to 28 weeks of gestation, and after suspected antepartum fetal-maternal hemorrhage (i.e. amniocentesis, chorionic villous sampling, pregnancy loss, ectopic pregnancy).  Anti-D IgG is also given with within 72 hours of delivery if the baby is found to be Rh(D)-positive.

Because the Rh(D) status of the fetus is usually not known prior to birth, about 40% of immunoprophylaxis is given unnecessarily to Rh(D)-negative mothers who are carrying Rh(D)-negative fetuses.  cffDNA testing restricts immuneprophylaxis to the 60% of pregnancies with a true Rh(D)-positive fetus.  Fetal RHD genotyping using maternal plasma is about 95% accurate at 11 -13 weeks gestation and is nearly 99.8% accurate by 26 weeks (when the first dose of immuneprophlyaxis is administered).  Accuracy improves throughout gestation because the amount of cffDNA in maternal peripheral blood increases with gestational age.

cffDNA testing is currently used in Europe to identify high risk pregnancies [i.e. Rh(D)-positive fetus  in a previously sensitized mother] which benefit from intensive antenatal monitoring.  cffDNA RHD genotyping is used to determine the risk of chorionic villous sampling (CVS) in sensitized women.  CVS is a technique used in the prenatal diagnosis of fetal aneuploidies (such as Down syndrome) and other inherited genetic disorders; however it is relatively contraindicated in isoimmunized women since procedure related fetal-maternal hemorrhage exacerbates pre-existing sensitization.  If the fetus lacks Rh(D) then boosting the maternal amnestic response is not an issue.

Cost and outcome studies for noninvasive cffDNA prenatal screening are in progress, but obstetricians may soon have a powerful new tool in their armamentarium.