Should there be a critical value for hCG test results? 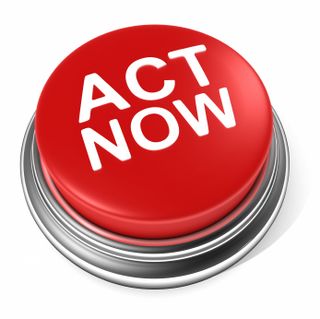 A short while back, a colleague asked Ann and me if we were aware of any need to have a critical value for hCG tests.  Our colleague had been asked by a physician to implement one in his laboratory because the physician had “missed” a molar pregnancy diagnosis due to her being unaware of the hCG test result that had been performed by the lab.  The physician argued that if the lab had notified her that the hCG result was very elevated, it would have alerted her to the fact that this patient may have had an abnormal pregnancy.

Let’s first consider the definition of a “critical result.”  Strictly speaking, a critical result is a test result above (or below) a pre-determined cutoff that, if observed, would require immediate medical attention due to the threat of an adverse event (e.g. death) to a patient.

The selection and use of critical results is a giant issue in healthcare laboratory medicine.  Doctors order all kinds of tests on many different patients every day.  The results of those tests are most often delivered electronically through the use of integrated data networks.  The lab performs a test, reports the result via a computer network where it is delivered to the physician.  While the test result is likely to be informative to the care and treatment of a patient, the doctor doesn’t necessarily have to immediately know about the result.  A cholesterol test is a good example.  The result is informative and may guide treatment decisions but the decision to initiate or modify treatment isn’t urgent so the doctor doesn’t need any special notifications.  As such, it would be highly unusual for a lab to have a critical result notification in place for a cholesterol test.

Now consider a result of a blood glucose test.  There can be very serious medical problems if the concentration of glucose is too high (e.g. greater than 450 mg/dL) or too low (e.g. less than 50 mg/dL).  As such, labs have critical results for glucose.  If the concentration exceeds the critical cutoff then the healthcare provider is immediately notified so that appropriate interventions can take place to prevent medical harm to the patient.

While these two are examples are clear-cut, many others are not.  The result is that the lab struggles to find answers to several questions such as 1) What tests are considered “critical?” and 2) What is (are) the cutoff(s) to be used for tests that make the list?  The answers to these questions aren’t trivial.  If the list of tests includes those that aren’t truly critical to patient care then lab personnel spend a lot of time calling results of tests to doctors.  The same thing happens if the cutoffs aren’t selected appropriately.  Furthermore, not only are lab personnel affected, so too are the doctors whose time from caring for their patients is consumed answering those phoned results.

It’s not unusual for a physician to request that the lab add a test to the critical result list.  Frequently this occurs when the physician fails to notice a test result and made an inappropriate decision as a result.  That was the case with the molar pregnancy patient.  A molar pregnancy is an abnormal pregnancy without a viable fetus that usually results in a very elevated hCG concentration, often much higher than that seen in a normal pregnancy.  Women with molar pregnancies have to be treated to prevent potential malignant disease from developing.