Diabetes > Thyroid Hormones and the Risk of Gestational Diabetes 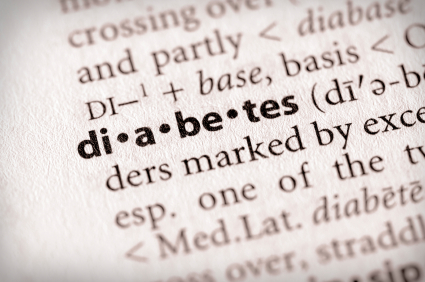 Published evidence has been conflicting about a possible relationship between overt or subclinical hypothyroidism and development of GDM. Recently, Rawal, et. al. reported an association between elevated concentrations of serum triiodothyronine (T3) and the ratio between elevated free T3 (fT3) and free thyroxine (fT4) ratio. This ratio is a surrogate marker for the body’s conversion of T4 to T3 and has been associated with development of GDM.

The study was a multicenter and multiracial case-control study nested within the Eunice Kennedy Shriver National Institute of Child Health and Human Development Fetal Growth Studies-Singleton Cohort.  GDM cases and 214 controls were included in the study. GDM was determined using the Carpenter-Coustan diagnostic criteria.   Blood was collected at four visits across pregnancy (targeted at gestational weeks8-13, 16-22, 24-29, and 34-37), and thyroid stimulating hormone (TSH), fT3, and fT4, were measured using the Roche Cobas e411. TSH concentrations that were ≤4 mIU/L were considered to be normal. Isolated low fT4 (hypothyroxinemia) was defined as having normal TSH with fT4 that was less than the 10th percentile of controls. Overt hypothyroidism was defines as elevated TSH with low or normal fT4 concentrations (less than the 90th percentile of controls).

The authors reported that increased concentrations of fT3 and increased fT3:fT4 ratio were both associated with a greater risk of developing GDM even after adjusting for the pre-pregnancy body mass index and the family history of diabetes.  The fT3:fT4 ratio was most strongly associated with GDM with women in the highest quartile in the second trimester at a 14-fold increased risk, compared to women at the lowest quartile. Consistent with previous reports, the authors found lower concentrations of fT4 associated with GDM, but the associations were not significant after adjusting for confounders.

The authors suggest that higher fT3 concentrations (perhaps from increased conversion of T4 to T3) may be involved in the pathophysiology of GDM. They also conclude that their finding support the potential importance of thyroid screening for pregnant women. Naturally, these conclusions will need to be validated with a randomized controlled interventional study.

Another Update on Subclinical Hypothyroidism in Pregnancy