Thyroid Disease > Another Update on Subclinical Hypothyroidism in Pregnancy 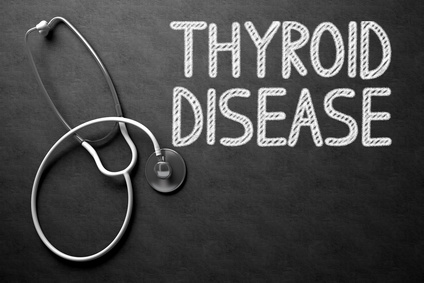 We have blogged previously about the ongoing debate regarding the treatment of subclinical hypothyroidism in pregnancy (here and here).  In brief, there was a study published in 1999 that demonstrated that 7-9 year old children, from women with abnormal thyroid measurements during pregnancy, performed slightly less well than the control children on 15 IQ tests. Of the 62 women with thyroid disease who were not treated for their hypothyroidism 48 had children who had significantly lower IQ scores than the control children. This report led to a number of follow-up studies to support or refute this study.

Another one of the follow-up studies was recently published in the New England Journal of Medicine.  The authors screened women <20 weeks gestation for: subclinical hypothyroidism TSH ≥4 IU/L with normal fT4 (n=677); and women with hypothyroxinemia normal TSH with fT4 <0.86 ng/dL (n=526). Women in those two groups were then randomly assigned to receive levothyroxine or placebo. The dosage was adjusted each month to maintain normal TSH or normal fT4 (depending on which arm of the study they were in). The children were then followed for 5 years. The authors found that in the subclinical hypothyroidism group, the median IQ in the treated group was 97 and 94 in the untreated group.  In the hypothyroxinemia group, the median IQ was 94 in the treated group and 91 in the untreated group. There were no significant differences between groups in either arm of the study suggesting that there was no benefit to treating.

This study is consistent with the findings in the CATS trial which we have discussed previously. However, as discussed in an editorial about this article, both this study and the CATS trial are limited by the late initiation of treatment (17 weeks in this study). This is important because the fetal thyroid becomes active at 16-20 weeks of gestation, therefore the fetus relies on maternal T4 prior to that time.

The authors of the editorial concluded that because early intervention is feasible and may be beneficial, they still endorse the American Thyroid Association recommendations that suggest screening of certain high risk women and early treatment as indicated.  I suspect we will be blogging about this topic again in the future.

hCG and the thyroid gland

Should all women be screened for hypothyroidism? An update