hCG > How Early Can Pregnancy Be Detected? 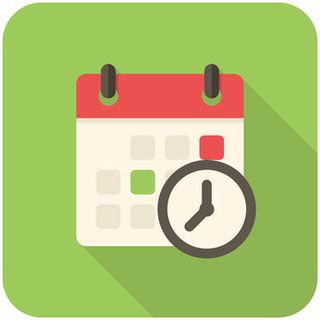 “How early can pregnancy be detected?” is a question we are asked all the time. The short answer is, “It depends.” Let’s answer this question one step at a time.

First, the most common way to detect early pregnancy is by measuring the hormone human chorionic gonadotropin (hCG). If an egg is fertilized, the developing embryo will attach to the lining of the uterus around 6-12 days after ovulation. This is called implantation.  The hormone hCG is produced by trophoblastic cells (the outer layer of the embryo) after implantation. It takes several days for hCG to be detectable in blood or urine. hCG production increases very rapidly with serum concentrations doubling every 1-1.5 days in the first 8-10 weeks of pregnancy. So, detecting pregnancy first depends on how quickly implantation occurs.

Second, it depends on the sample in which hCG is measured; blood or urine. Urine concentrations of hCG are almost always lower than serum concentrations. In addition, urine concentrations of hCG can be affected by fluid intake. If large amounts of fluids are ingested (think Big Gulp)  then urine concentrations will be more dilute. This is why first morning urine samples are often recommended because this urine is usually the most concentrated of the day since people don’t tend to drink anything during the sleeping hours. The amount of water in blood is more regulated that that of urine and generally does not change, even after ingesting large amounts of liquid. Therefore, use of a blood sample will generally detect pregnancy earlier than use of urine.

Third, it depends on the method used to detect hCG; qualitative or quantitative. Qualitative devices are those that can be purchased over-the-counter to detect hCG in urine. They are also used in hospitals and doctor offices. These devices generally have cutoffs for positivity that vary from about 20-50 IU/L. The cutoff varies widely by brand. Interestingly, we have shown that the devices used at home are often more sensitive than the devices used in the hospital!!  We have previously blogged about this topic. Quantitative hCG assays are performed using blood samples in laboratories and are much more analytically sensitive than qualitative assays. Most quantitative hCG assays can detect hCG at concentrations of 2 IU/L and some can go as low as 0.1 IU/L. Therefore, quantitative assays will be able to detect pregnancy earlier than qualitative assays.

Fourth, when the clinical sensitivity of an hCG test for diagnosing pregnancy is determined, it is usually determined as a function of the number of days relative to the expected day of the menstrual period (EMP). How early an hCG test can detect pregnancy depends on how the EMP is estimated. Most women estimate EMP by counting 28 days from the first day of the last menstrual period (LMP). This 28-day cycle includes the approximate 14 days between first day of menses and ovulation (called the follicular phase) and the approximate 14 days between ovulation and the day before the next menstrual period (called the luteal phase). However, the length of menstrual periods varies between women. Studies have shown that most of the variation occurs in the follicular phase.Therefore, the most accurate way to estimate the EMP is by measuring 14 days from ovulation as estimated by detecting a dramatic rise in the concentration of luteinizing hormone (LH), commonly referred to as the LH surge. Using 14 days from the LH surge can detect 100% of pregnancies by the EMP, as opposed to using 28 days from LMP which did not detect 100% of pregnancies until 7 days after EMP.  By measuring serum hCG, 100% of pregnancies can be detected by EMP and nearly all pregnancies can be  detected by 3 days before EMP.