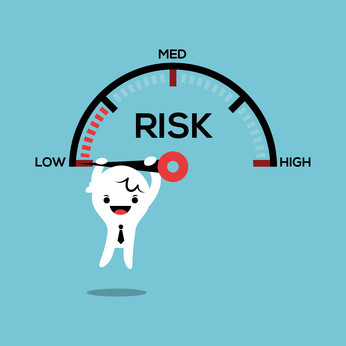 The use of cell-free DNA (cfDNA) testing to screen for fetal aneuploidies has been the topic of several posts on this blog. Large clinical studies that have evaluated the performance of cfDNA tests have all arrived at the same conclusion: cfDNA testing is superior to traditional biochemical screening tests for the detection of trisomy 21 (Down syndrome) and other trisomies. However, most of these studies have tested women who are considered to be at high risk (e.g. over 35 years of age or who have had an abnormal biochemical screening test) of having an affected fetus. Fewer studies have evaluated test performance in women considered to be at low risk. Because of limited data in low-risk women, the majority of professional societies recommend restricting the use of cfDNA screening tests to only high-risk women.

This is certainly going to change, and sooner rather than later.

The New England Journal of Medicine recently published a very large, well-designed study that compared the performance of a cfDNA screening test to a biochemical screening test (the first trimester combined test) in an unselected population of almost 15,841 women.

I must stress (as I’ve done several times before) that cfDNA tests are screening tests. The better performance of cfDNA tests has, unfortunately, created the perception that cfDNA tests produce conclusive results and, as such, are diagnostic tests. This could not be further from the truth. Just as with a positive biochemical screening test, a positive result from cfDNA testing should be followed by invasive diagnostic testing. Consider, for example, that the positive predictive value of the cfDNA test that was reported in this study for the 14,947 low-risk women was 50%. That’s a coin toss! Without a doubt it is vastly better than biochemical screening but no woman should make a decision to terminate her pregnancy based on cfDNA testing alone.

So is cfDNA testing an appropriate Down syndrome screening strategy for low-risk women? Yes, it is. It’s just a matter of time before professional societies recognize that fact. Indeed, the International Society for Prenatal Diagnosis did just that in their new position statement.

Molecular testing for Down syndrome: proceed with caution