Screening Test > Should all women be screened for hypothyroidism? An update 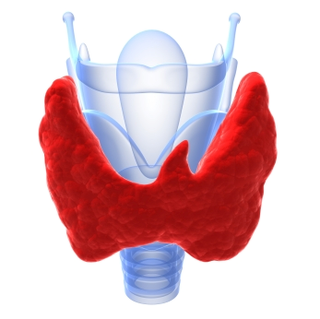 A few months ago, I wrote about thyroid testing during pregnancy.    As I mentioned, there was a study published in 1999 that examined the association of hypothyroidism in mothers and the neurocognitive development in their children.  The study demonstrated that, at 7-9 years of age, children from the women with abnormal thyroid measurements performed slightly less well than the control children on 15 IQ tests. 48 of the 62 women with thyroid disease were not treated for their hypothyroidism and the children from those women had significantly lower IQ scores than the control children.

That study prompted a follow-up study to address the question of whether intervention (i.e. T4 treatment for hypothyroidism) would prevent the difference in IQ.  This study has been referred to as the CATS (Controlled Antenatal Thyroid Screening) study and it was recently published.    This was a prospective, randomized, controlled trial where pregnant women at 15 weeks 6 days gestation or less were assigned to a screening group, in which TSH and fT4 measurements were performed or a control group in which blood was drawn but not tested until after delivery. Women in the screening group who were found to have TSH concentrations above the 97.5th percentile, free T4 concentrations below the 2.5th percentile, or both were given daily T4 treatment.

21,846 women in the UK and Italy provided blood samples for the study. Of those, 390 in the screening group and 404 women in the control group had abnormal thyroid hormone concentrations. The authors measured IQ in their children at 3 years of age, but found no statistical difference between the control and screening groups. These findings support the idea that there is not enough evidence for universal thyroid function screening of pregnant women or for treatment of subclinical hypothyroidism.

There are a number of limitations to this study which have been outlined nicely in an editorial that accompanies the CATS study publication.  First, the women in the CATS study had milder hypothyroidism than in the previous observational study. The previous study included women with a mean TSH concentration of 13.2 mIU/L whereas the present study had median TSH concentrations of 3.8 (UK) and 3.1 (Italy) mIU/L. Second, the T4 therapy was not started until a median gestational age of around 13 weeks which may be too late to obtain benefit from the T4 therapy. Third, the earlier observational study measured IQ in 7-9 year old children, whereas the present study examined 3 year olds. It is possible that it is too early to measure the differences in the IQs of the two groups. Follow-up studies in these children would be useful.

An additional randomized trial is in progress that will examine the IQ in children at 5 years of age as well as other maternal complications between treated and placebo treated groups. This study, which began in 2006, may help put this discussion to rest, however we will have to wait until 2015 until the results of the study are complete.

Should all pregnant women be screened for hypothyroidism?