Meta-analysis > Are there any good markers to predict preeclampsia?

David has written about preeclampsia in the past, but I thought I'd talk about some specific studies that have been published on that topic. 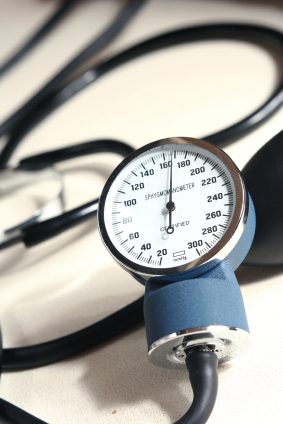 urine after the 20th week of pregnancy and it is usually associated with edema (swelling). Although preeclampsia occurs in only 5 to 8% of pregnancies, it is a major contributor of premature deliveries and neonatal morbidity in the United States. Because the etiology of preeclampsia is not well understood, the ability to predict and prevent preeclampsia continues to be poor.

In 2004 the World Health Organization did a systematic review of 7,191 potentially relevant scientific papers on this topic. Eighty-seven articles were ultimately included in the analysis and the WHO concluded that “As of 2004, there is no clinically useful screening test to predict the development of preeclampsia.”

However, also in 2004, Levine et al published a paper indicating that the circulating angiogenic factors called soluble fms-like tyrosine 1 (sFLT-1) and placental growth factor (PlGF) could be potential markers for the early prediction of preeclampsia. These proteins play a role in angiogenesis and are hypothesized to be required for normal embryonic vascularization. This caused a lot of excitement and led to many promising studies that examined the clinical utility of measuring Sflt-1 and PlGF to predict the onset of preeclampsia.

Unfortunately, these markers have not turned out to be all we had hoped they would be. In 2007 Widmer et al published the results from a systematic review of studies of sFlt-1 and PlGF. Ten of 184 available studies analyzing sFlt-1 and 14 of 319 studies analyzing PlGF were included in their review. The authors said that the evidence supports the possibility that sFlt-1 and PlGF are associated with the pathophysiology of preeclampsia or its phenotypes. In addition, third trimester changes in the blood concentrations of the markers were associated with preeclampsia, especially when the disease was severe. However, they concluded that “… the evidence is neither strong enough nor sufficient to recommend placental growth factor and sFlt-1 to screen women at risk to develop preeclampsia…" and "Prospective studies employing rigorous laboratory and study design criteria are needed to determine the clinical usefulness of these tests."

Apparently, there is a study called the "WHO Global Program to Conquer Preeclampsia" which was scheduled to start mid 2006; in this investigation approximately 10,000 women will be screened serially to evaluate these biomarkers for preeclampsia. So far, no data has been published on the results of this study…so stay tuned!

Determining a baby’s gender in the lab