hCG testing is first used to confirm that the patient is, indeed, pregnant. Although a rapid, point-of-care urine test may be used to detect hCG, I think it is much safer to perform a serum hCG test because it can detect lower concentrations of hCG than a urine test can. If the test is negative, that is hCG is not present, then the patient isn’t pregnant at all. If hCG is detected then pregnancy is confirmed but, all by itself, a single hCG test cannot identify a normal from an ectopic pregnancy.

To do that, other investigations are commonly put to use:

These two tests are usually used together in an algorithm that looks something like this: 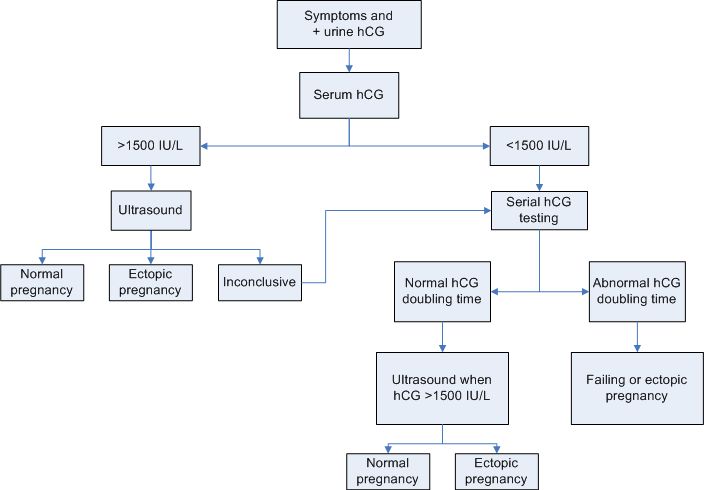 The take home message here is that, as helpful as lab tests are, the diagnosis of ectopic pregnancy cannot be accomplished by lab tests alone. All clinical data must be evaluated in order to arrive at the final diagnosis.